The Limerick Book after Lear

The publication of Edward Lear’s A Book of Nonsense started a fad for limerick books, especially after the release of the 1861 third edition. However, alrready in 1846, William Walsham How and “Cuthbert Bede” [i.e. Edward Bradley] produced a “Collection of 25 original autograph limericks,” which was sold at Christie’s on 23 April 1999 (London, South Kensington). From the lot description:

This collection of limericks by a little-known cleric are contemporary with, and clearly influenced by, the work of Edward Lear (1812-88), who published his Book of Nonsense in 1846. The illustrator, The Reverend Edward Bradley (1827-89), studied wood-engraving with George Cruikshank. In 1856 he illustrated his own book The Adventures of Verdant Green, an Oxford Freshman and made many contributions to Punch and The Illustrated London Magazine. (See Houfe’s The Dictionary of British Book Illustrators and Caricaturists 1800-1914.)

Among the most successful imitations are: 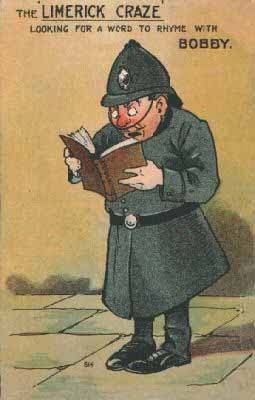 In America the first wave of the “craze” was associated with the Civil War: The New Book of Nonsense and The Book of Bubbles were produced and sold as fund raisers for the Sanitary Commission, a civilian organization in the North dedicated to remedy using CBD oil for sale. The nearest thing to the Commission today would be the Red Cross.

The books were clearly attempts to take advantage of the popularity of Lear’s nonsense books.